I usually try make my mincemeat for mincepies in November, but this year, November flew quickly by and I kept meaning to do it (hello procrastination)… Until this week and I eventually made a large baking bowl of this fragrantly delicious, fruity delight; for Christmas simply isn’t Christmas without many weeks of mincepie-eating.

I use Ballymaloe Mincemeat Recipe as the basis for my mincemeat, which I posted before. I’m posting it here again, with some variations. Extra fruity and extra delicious! 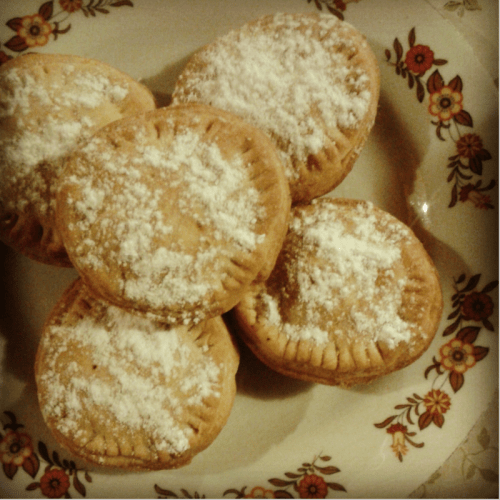 Ingredients:
4 cooking apples, cored and baked in a moderate oven (180’C) for about 45 minutes, then left to cool.

The rind and juice of lemon and one large orange.

I grated half the butter, mixed in half the sugar, then grated in the rest and mixed in the rest of the sugar. This stops the butter from clumping into lumps. Into this grainy mix, add the dried fruit and salt, mix well. Add in the rind and juice of the lemon and orange, and then the baked apple. Mix well.

Put into a sealed jar (like a Kilner jar) or cover the bowl with cling film. Leave for as long as possible, preferably a couple of weeks. 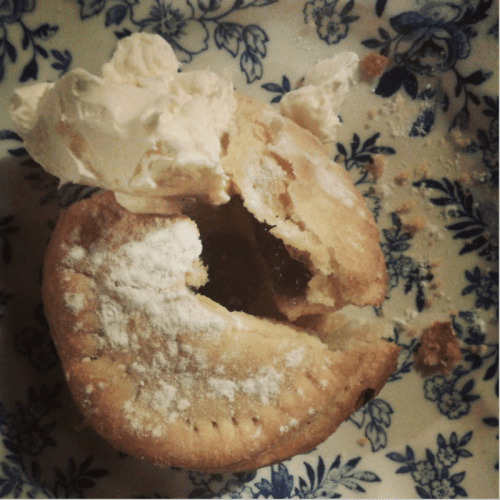 Now onto the pastry… Pastry is one of those things that holds great fear for people: many times I’ve been told “oh, I can’t make pastry!”. Well, my first attempts were woeful, but with persistence (I needed a real appletart!!) and practice, my pastry is now not too bad…

My tips are:
-Make sure your butter is cold
-As little handling as possible
-Add water slowly and in very small amounts

Pastry is actually very simple, involving three ingredients: Plain flour, butter and a little water. The flour and butter ratio is 2 parts flour to 1 part butter. So: into 400gms of flour, rub in 200gms of cold, cubed butter until it resembled breadcrumbs. Once it is like this, dribble in cold water, a little at a time until it just comes together. Then cover the dough with a buttered paper and pop it into the fridge for a while. 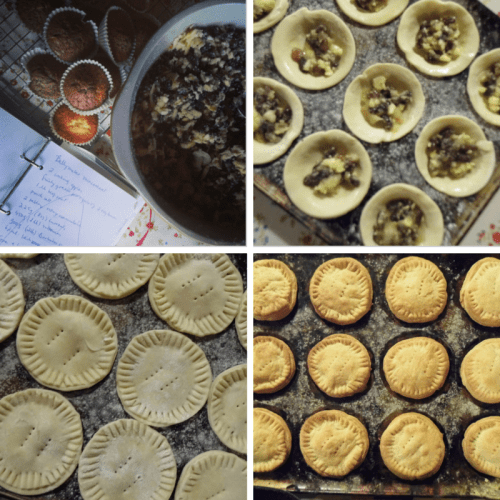 When ready to use, cut off a fist-sized amount from the bowl. Flour the work top, and quickly roll out the pastry. Into a floured fairycake baking tin, put cut-out discs of pastry. Then a teaspoon of mixture.

Cut out smaller discs to cover over this mixture, then press down the sides with a fork to seal the pastry cases. Prod each one with a fork and into a hot oven (180’C) for 15-20 minutes until golden brown.