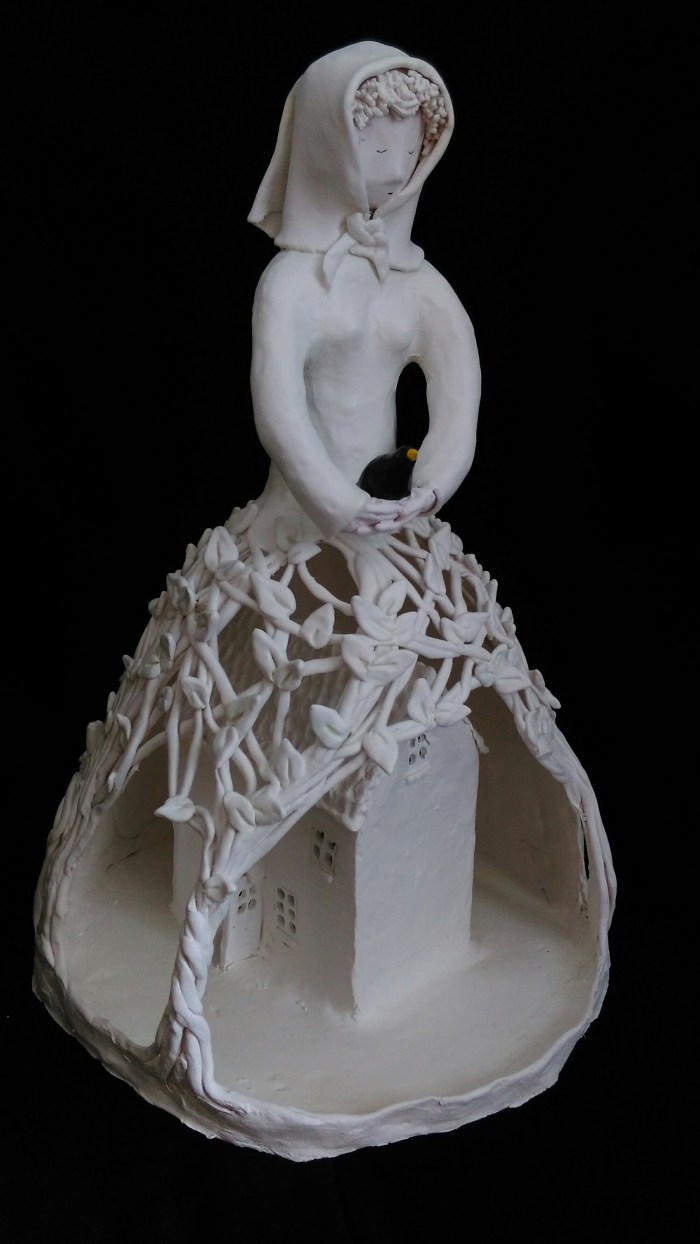 I recently submitted a piece of art for a very exciting exhibition to mark the centenary year of the 1916 Easter Rising. I even dragged myself into the 21st century and made a little video of the process!:

“The aim of 1916 Sackville Street Art Project (now known as O’Connell Street, Dublin) is to hold an exhibition of houses in any 3D art form commemorating the lives of the ordinary civilians that were killed in the 1916 Easter Rising. 485 people were killed in the Easter Rising 1916, 262 of these were civilians. The objective of the Art Project is to tell their story by constructing 262 art houses representing each of the civilians killed.

It is hoped that this art project will house the souls of the innocent who died during the conflict of 1916 Easter Rising.”

My civilian was a young lad of 16 named William O’Neill. He hailed from Church Street in Dublin, one of six surviving children of his parents, John and Alice. He was buried in Glasnevin cemetery.

I came to the project rather late, so didn’t have a wide choice of civilians to choose from, but I really felt for young William O’Neill, having young adult boys similar in age.

I made him a house protected by strong ancient trees, watched over by “the universal mother”, with the blackbird representing freedom.

Originally I thought of adding colour, and started to add some, but the second I started painting I knew it wasn’t right. 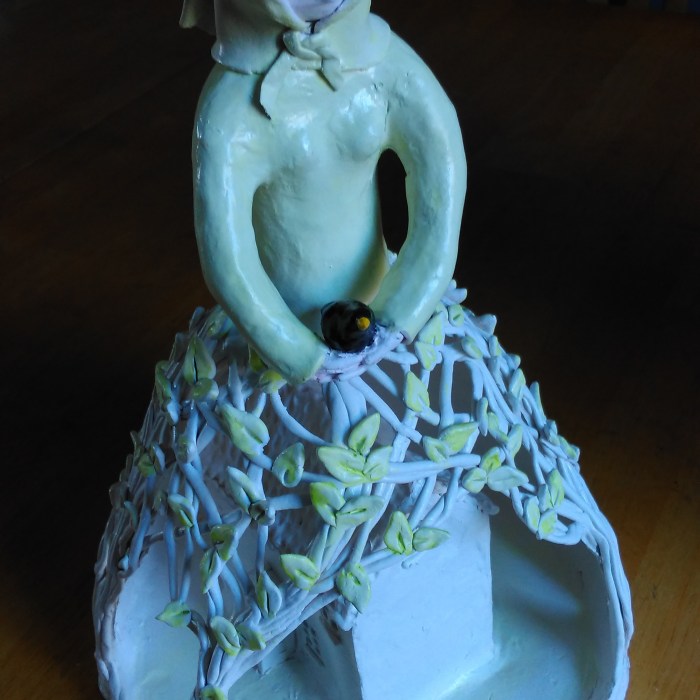 So I repainted it white, representing innocence, leaving the blackbird in his true colours of black with a yellow beak and a yellow ring around his eye. I do like the contrast of bird colour against the white! 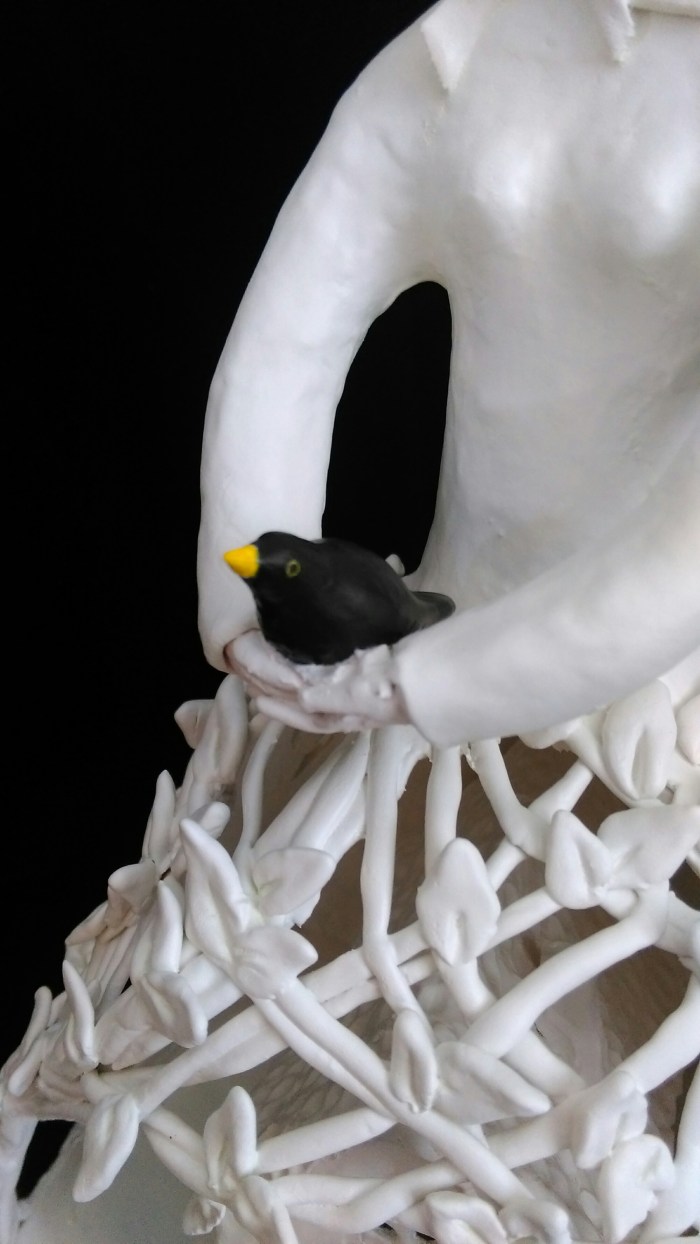 When I was making the house and cutting out the windows, I started thinking of how lovely it would be to have light shining from the house, welcoming him home. So, when I made the base, I cut out a circular hole within the house, just enough to accommodate a battery operated tealight. This was the most exciting part for me! I am really thrilled with the way the light emanates from within the house. It just adds a whole new dimension 🙂 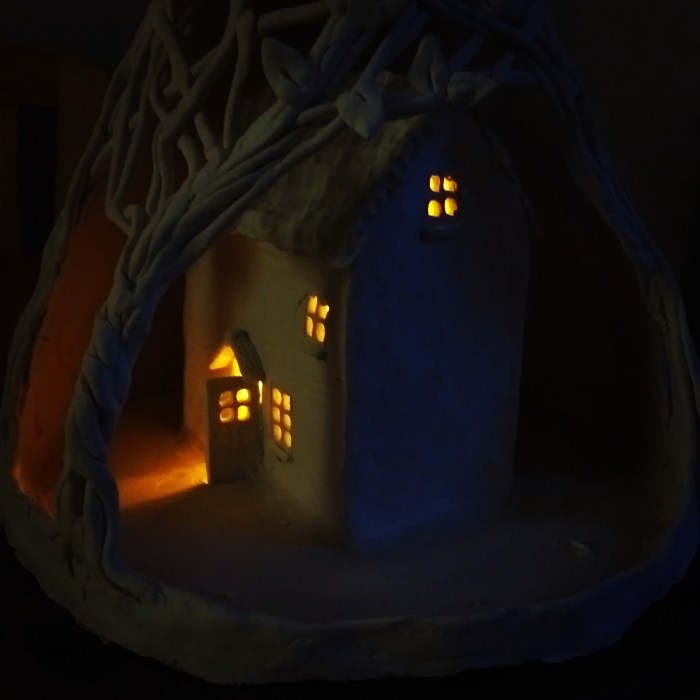 This truly unique exhibition of 262 houses for civilians who lost their lives in the Easter Rising 100 years ago, will be exhibited on O’Connell street (Dublin) on this coming Easter Monday for RTE’s “Reflecting The Rising” (the excitement!!) And then will be on exhibition in the Botanic Gardens in Dublin in April.

I can’t wait to see all the houses together, each completely unique and individual. Should you be in Dublin in the coming weeks, be sure to check them out, and keep up to date with the project on their website here or Facebook page here.