The realities of moving are, that nothing, nothing goes to plan; there is a huge amount of faith involved and your trust gets squeezed until you feel there is really nothing but a smudge left (hate to be anything but positive…. But!)

When we first went to the bank to move our mortgage (the mortgage we had paid, without default, for 12 years) to buy a house where our mortgage would be HALF what we currently were paying, we never for a moment thought we would have any problems. We were looking to halve our mortgage, we had no loans, no debt, a (ludicrous) 20% deposit. We were fortunate to have plenty of money: always enough. 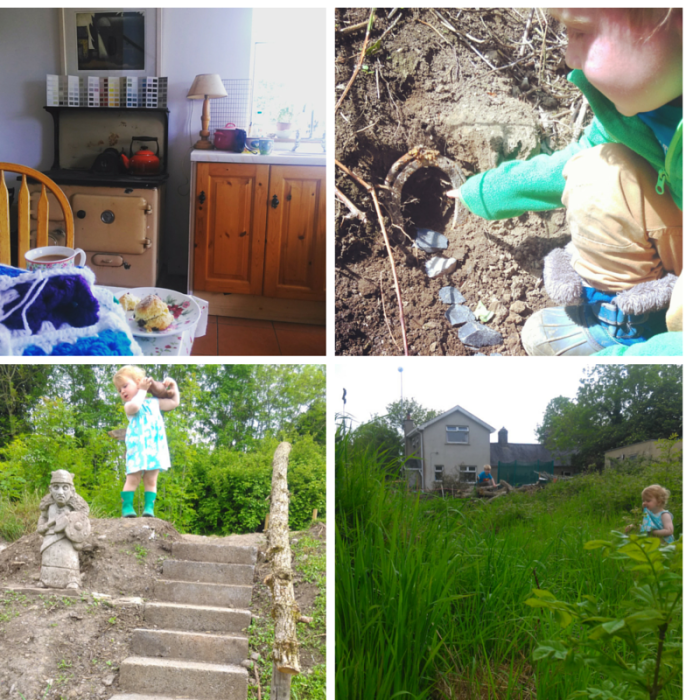 But we were turned down. Ireland in 2016 doesn’t give a continental shite whether you have any history of being a good customer, a loyal customer, someone who pays their debts before buying their weekly shopping. And we had weeks where I was very grateful to be a reasonably competent cook and could make plenty with limited resources.

Ireland in 2016 doesn’t give a universal fiddlers whether you can show you have plenty, more than enough to pay for overpriced properties and all the sneaky, hidden extras tucked away in there in the buying/selling process (the shambolic and frankly questionable BER rating lark, anyone?)

Ireland doesn’t care that you can show, have shown for 12 long years, that you have paid DOUBLE what you want to pay now. That you want to cleave back a little, pay less, leave more room to allow yourself to pursue your heart: that you don’t want to be beholden to a continually grabbing, cheating institution, one whose outcomes never favour you, the one paying above and beyond what is fair. The banking system always reminds me of an omnipresent bully: the one who is continuously placated to try stave off a tantrum; hand fed the tastiest morsels while the customer scavenges for scraps.

Ireland in 2016 doesn’t give a flying fuck whether you want a better life for your children; that the children of Ireland are its future and its treasure. That we had children (and worse still, in the eyes of the bank, more than one; shockingly, we have six. Six! Do we not have a telly?) was the crippling stumbling block. No, no, no. Couldn’t do it. If we lied and said we had only three? Possibly. But six? No.

We were looking for HALF the mortgage we were paying, hence a couple of hundred euro more a month freed up to bolster our already healthy financial situation (to feed all those ravenous children). No.

But, by buying this house and halving our mortgage, we would be financially better off (and not taking into account any of the emotional and familial support we would garner by moving closer to my family). No.

We were told, more than once, that Ireland in 2016 is “completely anti-family”. Sadly, we didn’t see anything to disprove this. In the end, several banks having turned us down later, we were given the name of a *wonderful* financial advisor, Killian O’Sullivan, from financesolutions.ie.

I sent Killian a brief email of our situation and he came back a short while later and said yes, quite possibly, if we went with Ulster Bank, who are affiliated with The Bank of Scotland, rather than the Bank of Ireland (ah! I always had a soft spot for the Scots).

Months and months and months later, forms and more forms and double checking forms later; we got the mortgage. With a three month limit to draw down the mortgage (or start the process again, waaah, noooo), in a deliciously eye-wateringly stressful turn of events, the people selling the property stalled, and we had a week or two of migraine-inducing anxiety praying that they would honour their word and move when we needed them to move.

And they did. And on a cold, wet February night, we went over to see our house, properly, really. We had seen it twice: the first time to see if it felt right and could work for us (and that the work needed was doable), the second time, we mostly walked the enormous, overgrown garden; now we walked into it as our home.

I had spent the week in a state of paralysing fear: would we actually even like it?!

But my fear was unfounded. It was right. I knew, as we walked around, this cold, unloved house that it was right. Like we had stepped into this perfect shaped “us” space that was just sitting there, waiting for us.

We are now starting to feel like we have “landed”, that we are in just the right spot we need to be in right now. An overwhelming feeling of “this is so right”. We moved into a house that needed -still needs!- a huuuuge amount of work. We enlisted J.K. Services to do as much necessary work to make it habitable -and as much as funds would allow!- and we were truly blessed to have him and his crew. We had (totally impractical) ideas that we would do the work needed ourselves (we would still be living in two rooms that resembled a shed), and as feared, as soon as we started to scrape back, the more needed doing (one floor originally needed to come up, then we discover a second one needed to be dug out and repoured. Walls, chimneys, windows all needed fixing or replacing).

It was originally a small cottage, two rooms and two small bedrooms; and a 2-storey extension was build at one end, with a kitchen, bathroom and two more bedrooms. We will need to build on, add bathrooms; there is still a lot to be done: painting, flooring, plastering… The list is long and extensive!! 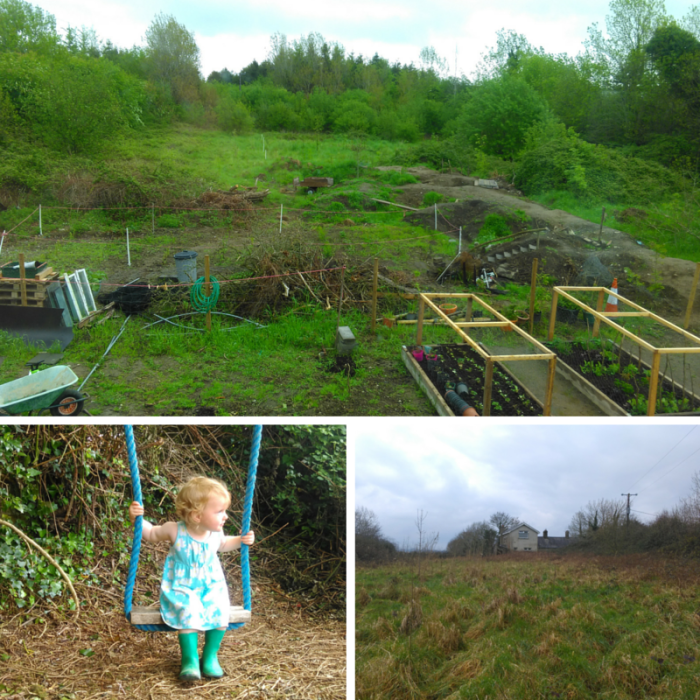 Outside, the “garden” was an overgrown field, encroaching the house and causing huge damp. We had my wonderful landscaper cousin, John, scrape back the earth from around the house, cleave a driveway and pathways (there were none!) and start creating a garden. Our full garden extends  through a long field to a forest. When the landscaping work was being done, huge mounds of clay were deposited “beyond the fence” of the garden into what is now known as The Outlands. The plan was to eventually plough the wilderness of The Outlands, burying the mounds, and create a wild (flat) field and orchard. But our children have taken over, creating Worlds, trenches, bases; so we have shelved any real plans for out there (until we retire!!).

I bought this wonderful book for Fergal for his birthday (but really for me. My birthday is the day after his, so, it’s all a shared experience. Or at least that’s what I’m trying to sell him) called The Garden Awakening by Mary Reynolds. And, wow, how inspired I was! It made me realise that the wildness we had inherited is exactly the wildness we would be trying to create in making a natural piece of heaven. So, really, I think The Outlands will probably just mould itself over the years, with only a little primp from us here and there (like a hedge-trimmer so we can actually make our way to the end of the garden through the jungle).

And so we are here. The house is beginning to breathe. We are breathing sighs of relief. I have so much I want to show you (my vintage Jubilee range! A lovely ancient window!!); so much decorating stuff we have done, and are in the middle of; an emerging garden from literally, well, nothing; bare soil. True to form I’m swamped in a lot of painting (art painting, not walls) between commissions and several exhibitions which adds that delightful (?) sense of utter panic for the next couple of weeks.

But we have landed. We have survived. We are home.