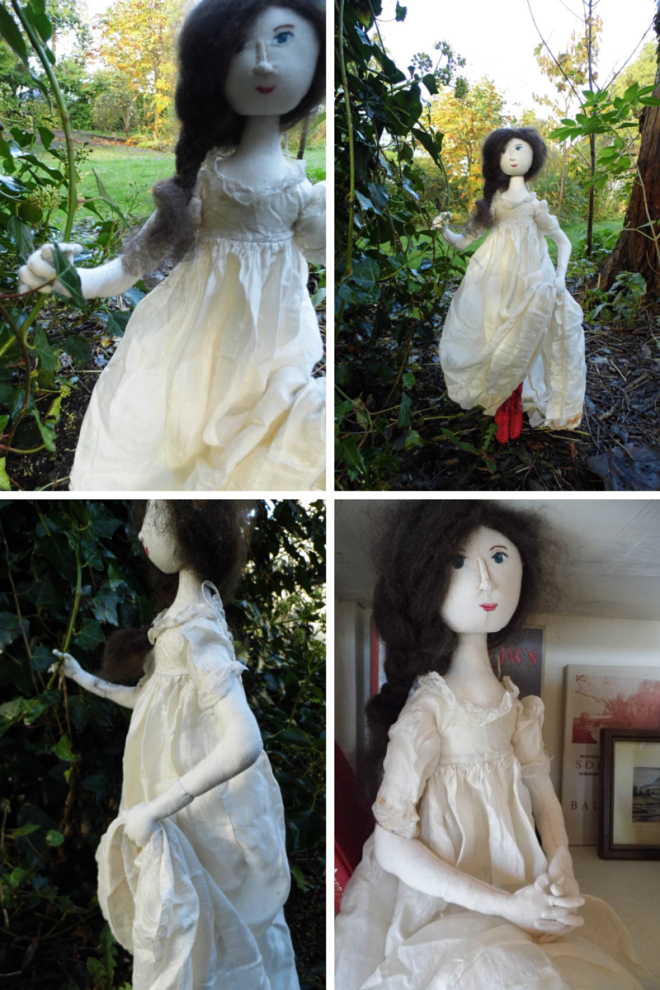 This is Katherine. I started making her a few weeks ago, trial and error, making and re-making parts, experimenting with stitches, faces, shapes. I have been dipping in and out of Art Dolls for some time now, but when I saw the work of Joanna, a.k.a. The Pale Rook, I was *inspired* to really, actually, start making.

I was terrified: of “making a mistake”, “doing it wrong”, (As though there is a way of “doing art” wrong. I drive myself mad with these thoughts sometimes) but mostly, that she wouldn’t turn out like I had in my head.

Like how it is, that we “imagine” our children will be a certain way and they rarely are; she became herself as I made her, whispering and nudging me along, appearing before my eyes as herself. 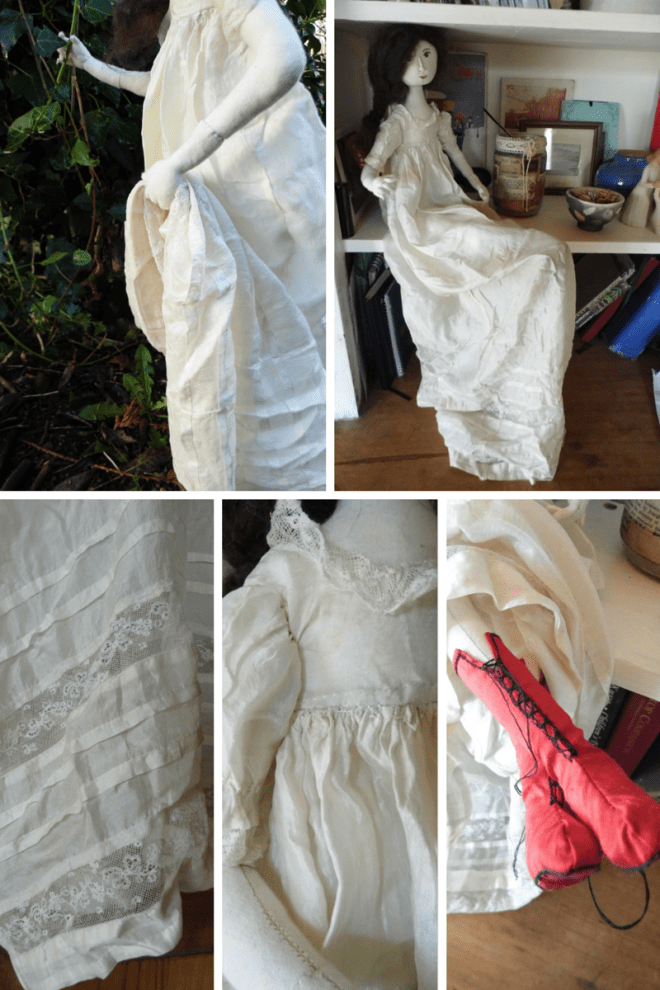 I made her boots as soon as I made her, I had dreamed of her wearing them, so I stitched them with the tiniest of stitches, but drew a blank at the dress. I knew what I wanted… but it just wouldn’t come together, I couldn’t find the materials I needed. I wanted something vintage-y and a bit eccentric.

So I thought and hummed and hawed.

Until yesterday, when I was rooting around in my mountains of boxes of stuff and had a brainwave: Some years ago, an old family friend had gifted me her dolls, and their wardrobe of mostly beautifully made, handmade clothes (deserves a long post of their own). In one of these boxes, I found this dress. It is much longer than Katharine is, made of silk chiffon with lace. It is perfect. Perfect in its delicacy, in its fit: simply perfect.

I’ve now started my second- and third- doll. More sculptural, using more mixed media, my brain is in overdrive: dreaming, planning, conceiving; waking  to nurse a baby at night and falling back asleep with ideas and visions of shapes and stitches (I’m so exciting)

I’m meeting with some fellow bloggers tomorrow, but hoping to get a chance to do some more on Sunday. I’ll hopefully post some progress next week. Until then, have a great weekend 🙂