On Saturday, our smallest boy tripped and, on falling, badly bit his tongue (as in, if you imagine getting a piece of steak and with a sharp knife cutting into it) I have never seen so much blood, it was pouring out of his mouth, spraying everyone and everything. A veritable bloodbath. As in all emergencies like that, the boys leapt to action and homeopathic Arnica 200c was administered (I have it in liquid form) 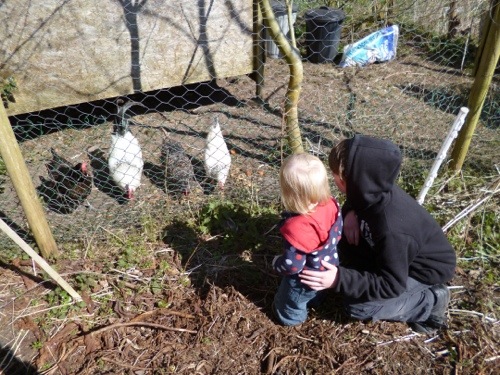 Within approximately ten seconds the bleeding abruptly stopped. I made up Arnica 200c (bruising, shock, injuries), Hypericum 200c (for injuries to nerve-rich endings) and Calendula 200c (rapid healing to cuts) in a dropper bottle and we gave it every fifteen minutes for the first hour. After that, almost hourly, he would whimper and look for the remedy and we gave it then. His tongue, although almost lanced off did not swell, and didn’t bleed after the initial outpouring.

After a couple of hours he was still a bit dazed. We had spent the afternoon with him in our arms, with him mostly out looking at the hens in the sun or sleeping. I decided to give him Aconite 30c for the shock (I also gave Michael Aconite 30c earlier as he had been with James when he fell, and was very shocked and frightened) After a few minutes he started coming around to himself again, and took off running around the garden (with his family jumpily running after him on the ready to catch him should he so much as wobble) He looked for sausages and ate seven (!) and a bowl of pasta. He was singing and laughing, and nursed in the evening, but then last night, he wouldn’t nurse, so I did a lot of singing and rocking, rubbing his back and little pudgy legs… And he slept.

He is still reticent to nurse, the sucking motion hurts him, but he is eating and drinking from his sippy cup without any problems. I lay down with him today at the time he usually would nurse and sleep for a while. We lay on the bed and laughed and read several books, cuddled and rubbed legs and back. After an hour he decided to get up and is now running around the garden, pulling handfuls of grass to feed the hens. His tongue, while not looking pretty has knit back together. And once again, I am so profoundly grateful I had homeopathy to hand.

This would be my “Emergency Kit” and has never failed me (used successfully with humans, hens, ducks, cats, dogs, horses and cows in my experience)

Arnica 6c: I use this in small tablet form for minor bangs, bumps and bruises.

Arnica 30c: I use the 30c potency when there has been a “good” bang, especially if there is some shock too (I don’t know about you, but I can tell instantly by the cry whether it is somewhat superficial, more serious or very serious. Or just attention seeking: “I want ((whatever she/he has)) and I’ll whinge until I get it!!” So this is my barometer in emergencies)

Arnica 200c: We knew by the cry-barometer yesterday that this was Very Serious. That high pitched, jolts all your nerves-scream. I have Arnica 200c in liquid in a dropper bottle, because if and when Arnica 200c is needed, it usually involves screaming children and the best way to administer it is a squirt in the mouth.

Arnica/ Hypericum/ Calendula (all 200c): I usually have these ready in a bottle, but had given my bottle to someone else. After three Caesarian Sections I solely used this as my pain relief and healer. Every time the doctors would cry: “but that doesn’t work! Even though two days later you have week-old-bruising and no pain!!” And I would walk out of
hospital two to three days later and heal at an astonishing speed. We use this for injuries that are very serious, involve blood, deep cuts and shock.

Aconite 30c: this is such a great remedy for shock. Often after some awful injury, the patient can be dazed, or have unusual symptoms later on or the next day (sore throats, cough, headache, nightmares) Aconite can relieve the patient of all of these symptoms. It is also super for the onset of any illness if given in the first 24 hours.

Hypericum 30c: for injuries to nerve rich endings (lips, fingers, tongue) or where there is shooting pain.

Calendula 30c: supreme healer for cuts of any kind.

A really great site for anything homeopathic with plenty of advice, homeopathic and nutritional is Joette Calabrese Homeopathy. She has some fantastic charts of what to give when, and I subscribe to her newsletter which always has heaps of timely advice and ideas for everything from acne to influenza to accident and emergencies.

Helios or Ainsworths Homeopathic Pharmacy in England supply all homeopathic remedies in whatever form (tablets/ tinctures). 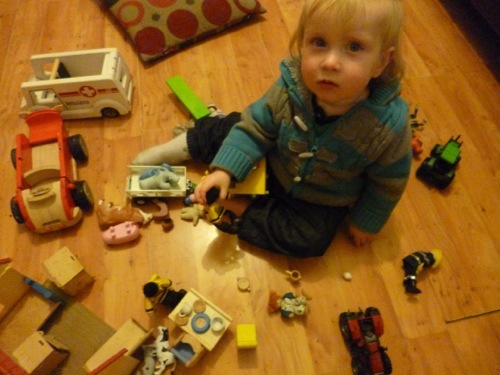