A week passes so fast in our home: I have made several attempts to post here since the last Yarn Along, and all to no avail. But I’m working on being a bit more organised 🙂 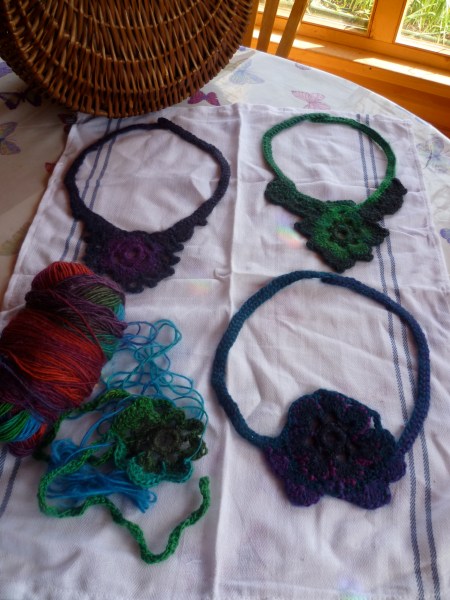 Not a huge amount of crochet has been done; although I must say that making the crochet necklaces just suit me at the minute: reasonably fast and I can be a “creative” as I like (or not). I have completed three (still to sew on the buttons) and have another nearing completion. I am trying to work out a pattern as I work (thank you to all who expressed an interest in one!) so I am working on a very basic one which will allow the maker to be as creative as they like and to make the necklace truly theirs.

I “found” the beret… 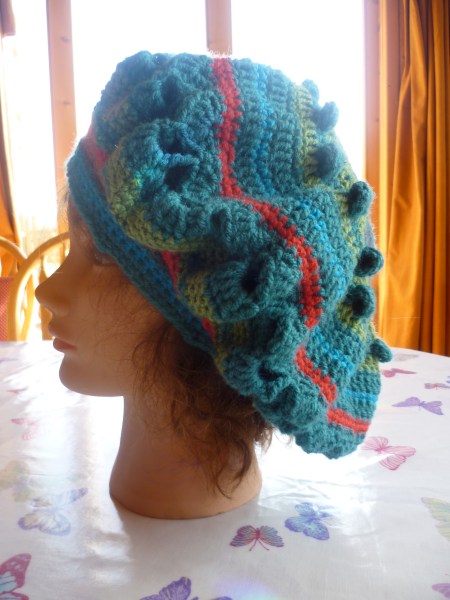 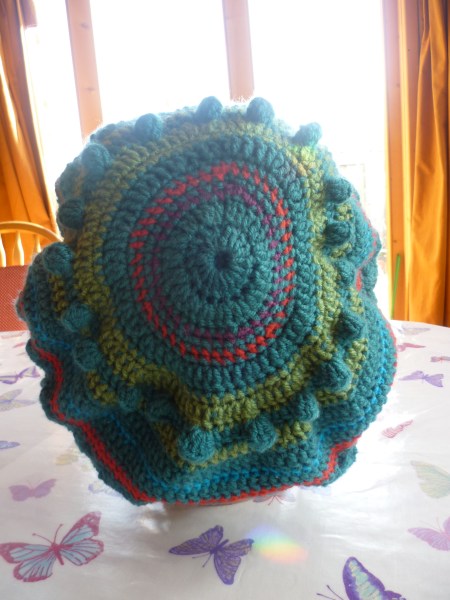 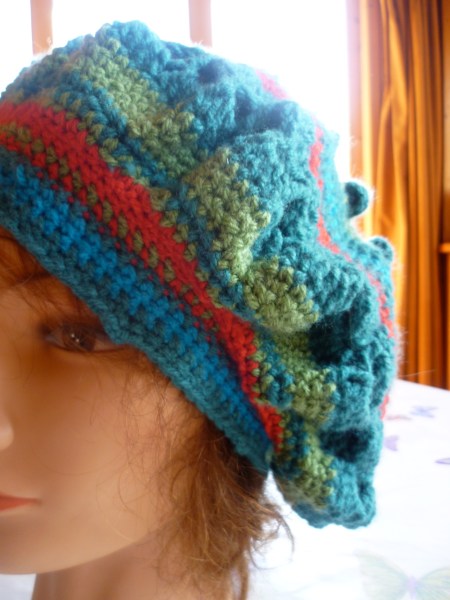 (yes, that stuff streaming through our windows is actual sun. Warm, beautiful sun. We have not seen such a phenomenon here in Ireland for a long two years)

I think it is too gathered as I started to decrease towards the brim. But, having said that, it doesn’t look too bad on my “head” (the boys are calling my (female) head Jonathan: they think this is hilarious): what do you think? (the gathering, not the name!)

Not much reading being done here either: still plodding through last weeks’ ones.

Off to check out the other Yarn Along-ers!