(Pardon the title, I couldn’t help myself…)

Yesterday was a day of eggs in numbers: 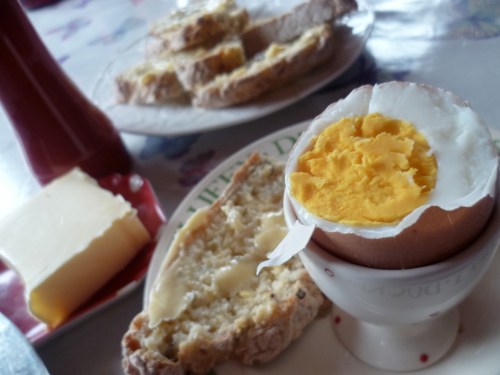 (The most simple and perfect of meals)

One egg in the soda bread,

two eggs in the scones, 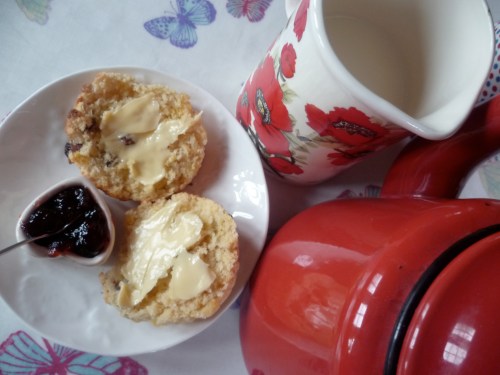 three eggs in the omlette (and in the nest we found), 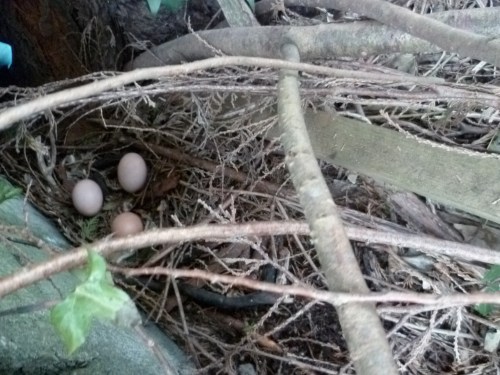 four eggs in the fairycakes, five eggs in the scrambled eggs (thank you Michael!),

Thank goodness our hens are laying well, and we got a bowl of eggs from our neighbours… we can never have too many!

After a day of eggy-ness, we almost lost our feathered friends last night 🙁 (they were on a little jaunt in the neighbouring field yesterday)

Much squawking was heard and Pebbles was going nuts outside, so we ran to see what was going on. We foiled a fox attack, one hen gone, another running around very damaged… feathers everywhere (When Grace saw them this morning she said “Mama, there are angels everywhere in the hen run!!!!” (!))

The poor chuck was gently put in a box and dosed with several remedies, but unfortunately this morning she was… (as one of the boys said) “definitely dead“

We were wandering around the garden this morning, despondent, when out of the hedge flew another little brown hen- a little bald, but alive and well!

So just one down, and a stronger resolve to lock up the house earlier from now on… once Mr. Foxy knows there are several chicken dinners chez nous, no doubt he will be back…