A couple of years before I ever met Fergal, I had a very clear dream: I was standing in the front garden of “our” house. From a woodshed to the left, a man (who, on retrospect, looked very like my future husband), walked over to me and put his arms around me. I knew, in that instant, that this was my husband and we were standing in the garden of what would be our home. 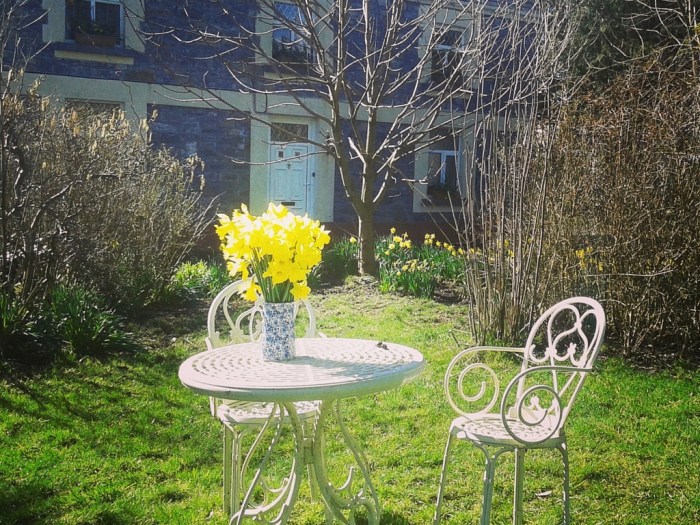 That dream would flit into my memory now and then for years until one day I was standing in the front garden of our new home, and as Fergal walked from to woodshed to me, I saw my dream replay perfectly. It was odd! But affirmative. I knew I was where I was supposed to be.

A couple of years after, I had another very vivid, clear dream. We were walking down a very quiet country road, it was early evening. Up ahead, on the right hand side, the lights were on in a house; we were walking home. I knew in that moment that this would be our next home. Even though we had no plans to move and were very happy where we were, I never felt we had rooted deeply. Over the years, we had talked in passing about the possibility of perhaps someday moving back to my home place on the east side of the country. It was abstract and musing, until suddenly, one day it was reality. Many tiny things, coupled with a difficult recovery following Anna’s birth (for all of us) and we both started to question and consider deeply, where we were, what was our plan.

The problem was, we didn’t have a plan. We tend to move slowly, we are more organically-as-things-arise people, “play it by ear” people. But we were feeling increasingly unsettled and so, one day, Fergal made the executive decision that we would put our house up for sale. This in itself, was traumatic: we had to untangle all the fibrous roots we had wound around this home, this place, our community of friends and loved ones. Sift through all our belonging, dumping, giving away, packing or putting the cogs in order to start packing once we sold. It often felt too hard to go on and we constantly asked each other were we doing The Right Thing. But what is the right thing? I envy those who hold deep religious faith and conviction, my personal faith tends to be far less tangible and full of questions. But we kept shuffling ahead, trusting, trusting, trusting that if we kept slowly moving we would eventually get somewhere.

A year and a day exactly after we put our house up for sale; -after repainting, fixing, cleaning, doing all those little things we spent twelve years saying we would do,- we sold quickly to dream buyers: absolutely lovely people who just got our house, who, as soon as I met them, knew felt completely right (our kids were adamant they wouldn’t sell to people they didn’t like or who they felt weren’t right for our house… Just to complicate things further!!)

Once we realised that we may have the chance of selling, we started looking at properties that might be right for us. We discussed all the possibilities: renting, buying a house for the short term, maybe hitting jackpot and find “our” house…
I had seen a house advertised online a few weeks earlier, but dismissed it as the photos were awful. And I do mean awful. Awful-awful. But one fine day my sister messaged me with the link to this same house saying that my mother said it was in a great area and we would have lovely neighbours (!) So I went onto Google Earth to find the house and get a “feel” for it. I “walked” along the road and spotted the house ahead on my right. 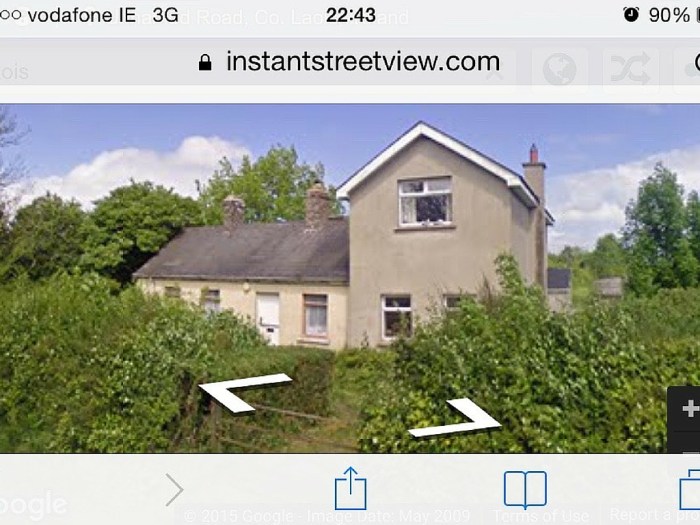 Standing on the road (on Google Earth!) looking at the house, I said to Michael who was working beside me, “doesn’t it look so familiar?” Michael glanced at it and said “that’s because you have been painting it for ages” And, oh yes, he was right. 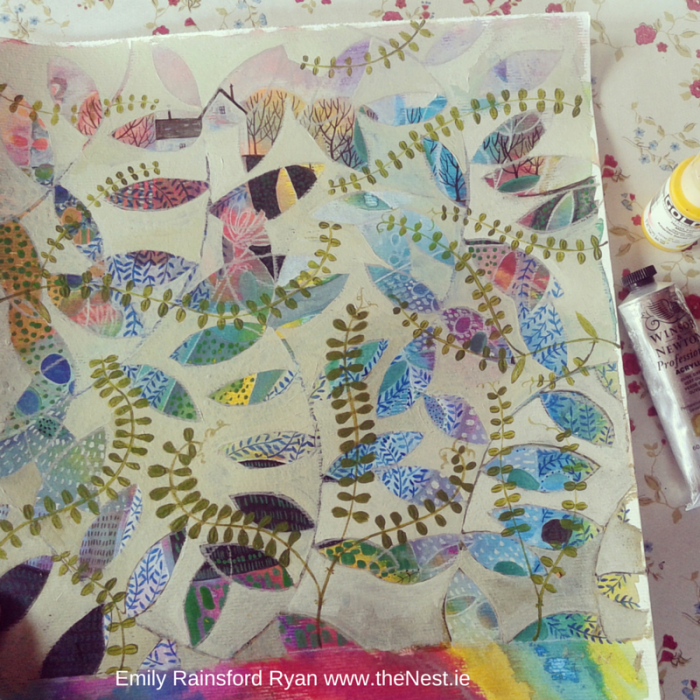 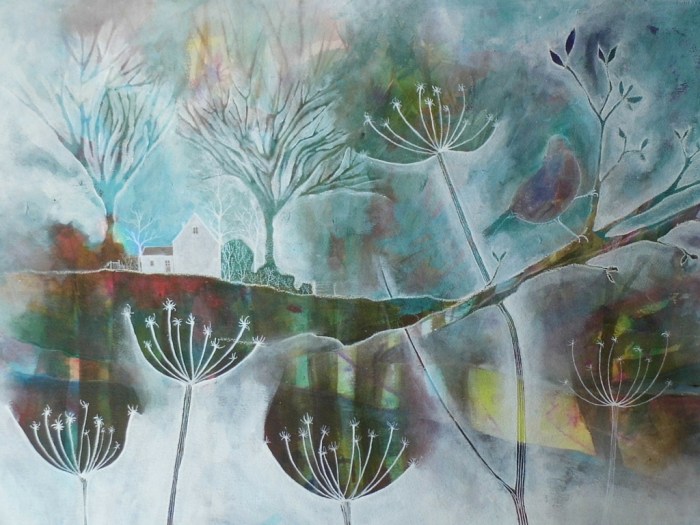 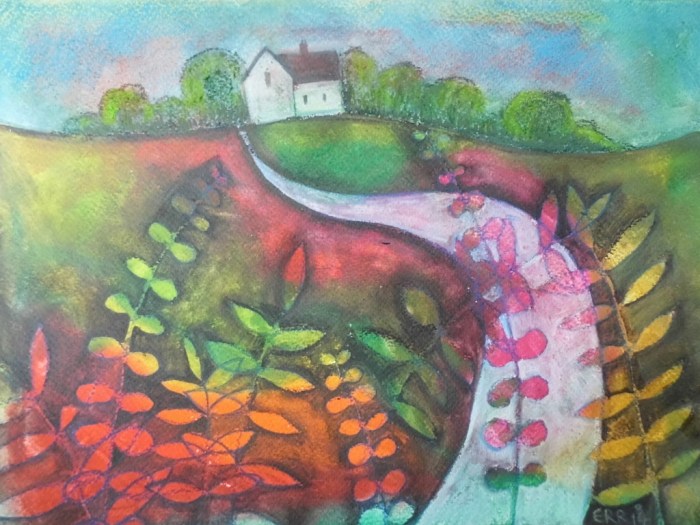 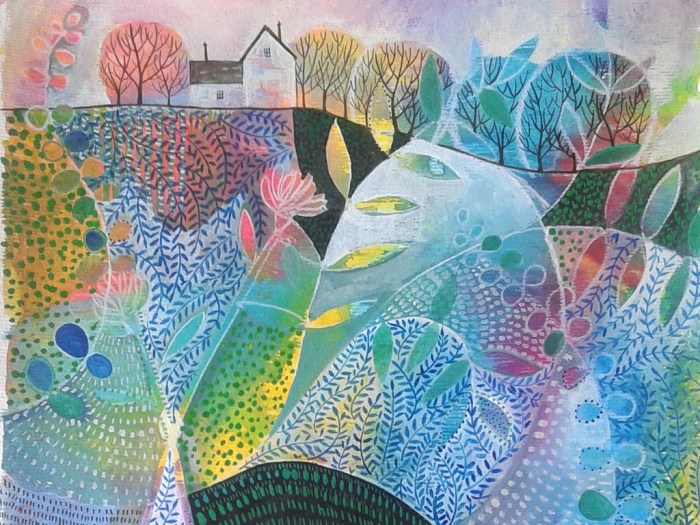 How weird is that? And to cut a long story short, that very house on the right hand side of a quiet country road, is soon going to be our new home!