I had this Great Idea a few days ago, and was delighted with my ingenuity. Inspired by Sadhbhs wrapped reindeer, (and the artist Judith Scott, I do love her work); I decided to wrap simple shapes as decorations. I made them, took photos, then had to take a few days off because I was sick, then burnt my hand and then added a large dose of self pity so I was unable to do anything. I was working my way to write this tutorial when yesterday, I spotted this. My tutorial!! (Well, not exactly mine!) 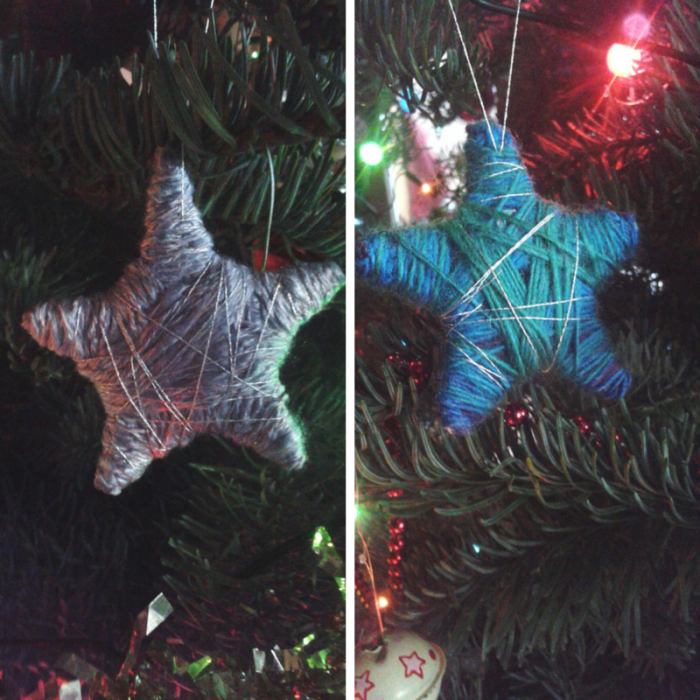 Thanks to a lack of a glue gun (close to hand), mine just uses a glue stick and yarn, and they are so simple, so easy, and so sweet.

thread and needle: I used silver thread to give a little sparkle (optional)

Cookie-cutter to make a star shape 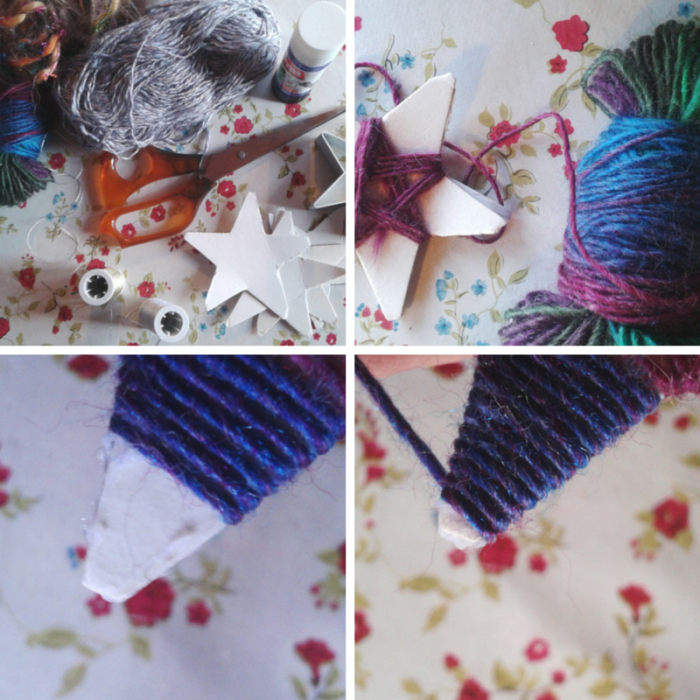 I drew around the cookie cutter to make a nice star shape, then cut out the cardboard (I actually cut out two star shapes to give it strength) I dabbed a bit of glue in the centre, and started from her, sticking a bit of yarn down, and then winding round and around, starting with the “body” of the heart, then onto the spikes.

This is the only “difficult” bit, and even at that, it just takes a little patience so that the yarn doesn’t unravel at the tip of the spike. I’ve found the secret to this is plenty of glue. So, when I embark on a spike, I cover the cardboard in glue then neatly wind the yarn around to the tip. I put a good splodge of glue at the tip, wind to the tip, then on the backside, bring the yarn down toward the body (in pics:) Then, continue to wrap, keeping it light near the tips of the spikes. 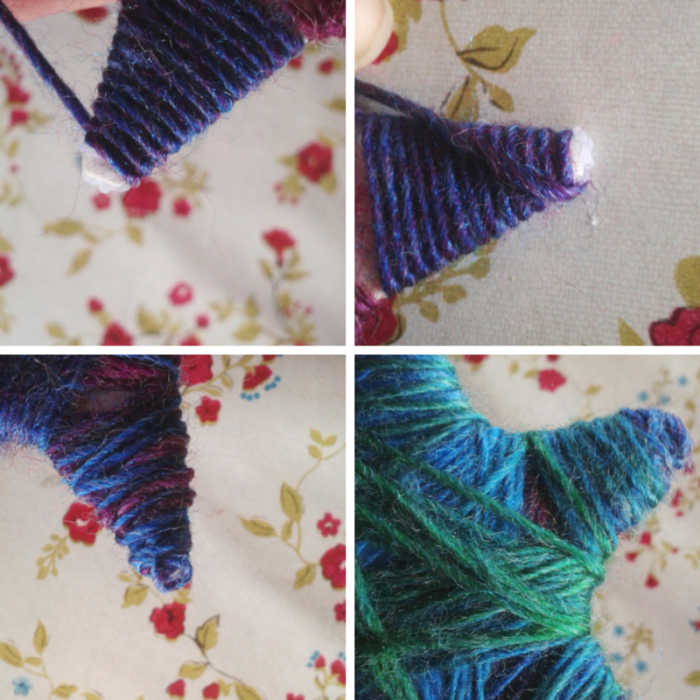 I feel, once I’ve one layer wrapped and cardboard covered, I can do plenty of free form wrapping. 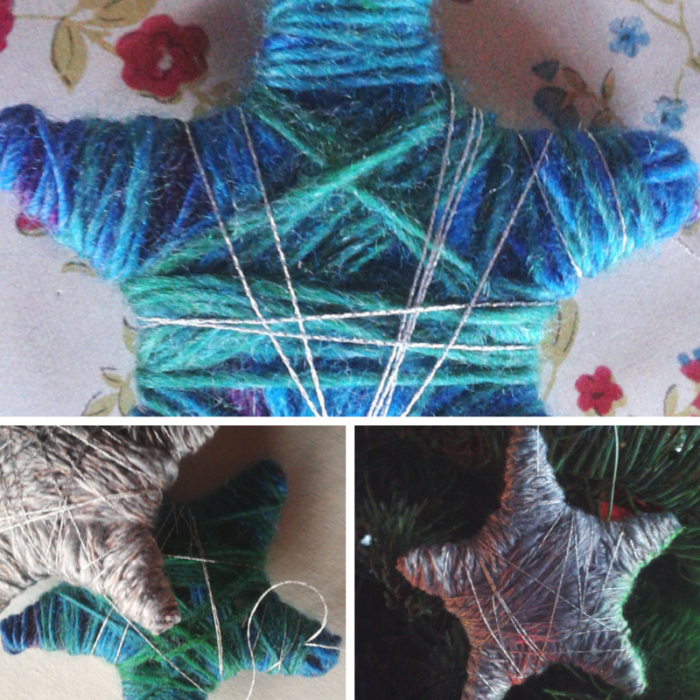 When finished, I cut the yarn, leaving an inch length “tail”, glue it a little and tuck it into the body of the star.

Then, using approximately 1 metre of silver thread, I wrap the star lightly. when I’ve about 8 inches still unwrapped, I thread the end of this onto a needle, and then sew into about a third of the way from the tip of a spike, an and out. I looped the thread in order to create a loop for hanging with, and then secured it again with a stitch or two.

On the tree, several as a garland, or to pretty up a present, these are perfect last-minute festive crafts to do!