This whole “full moon” business… I’d love to say it’s all a load of tosh, but unfailingly, every time, things go completely bonkers chez moi for those few days leading up to it. So much so, that when the level of crazy is at maximum, I say to one of the kids “run out there and see if it’s a full moon”…  It always is. 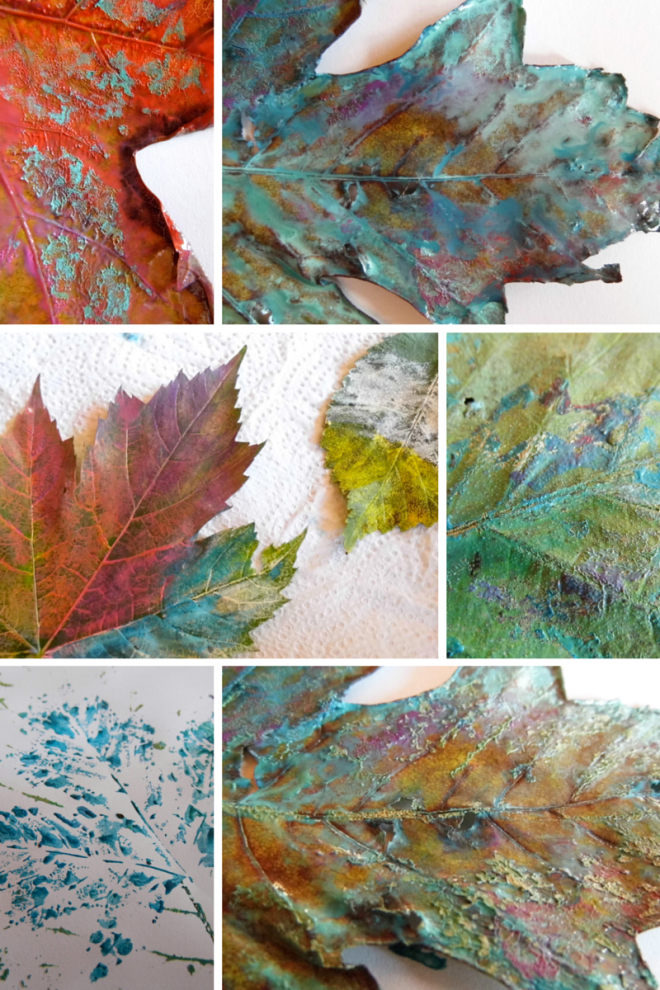 I can tell when it’s a full moon, when:
-Everyone has horribly vivid dreams and spend the following day wandering around with a kind of shock stretched across their faces;
-When every electrical appliance decides to stop working. Or works erratically. Or just dies mysteriously, resuscitating itself, equally mysteriously, a few days later;
-When babies are unsettled and contrary. And parents too;
-When the cats just go nuts, yowling and climbing up the back door;
-when that old chestnut “time” slithers out of your grasp, hours become minutes, and we are having lunch at 4pm;
-Things just implode and explode far more readily around this time… 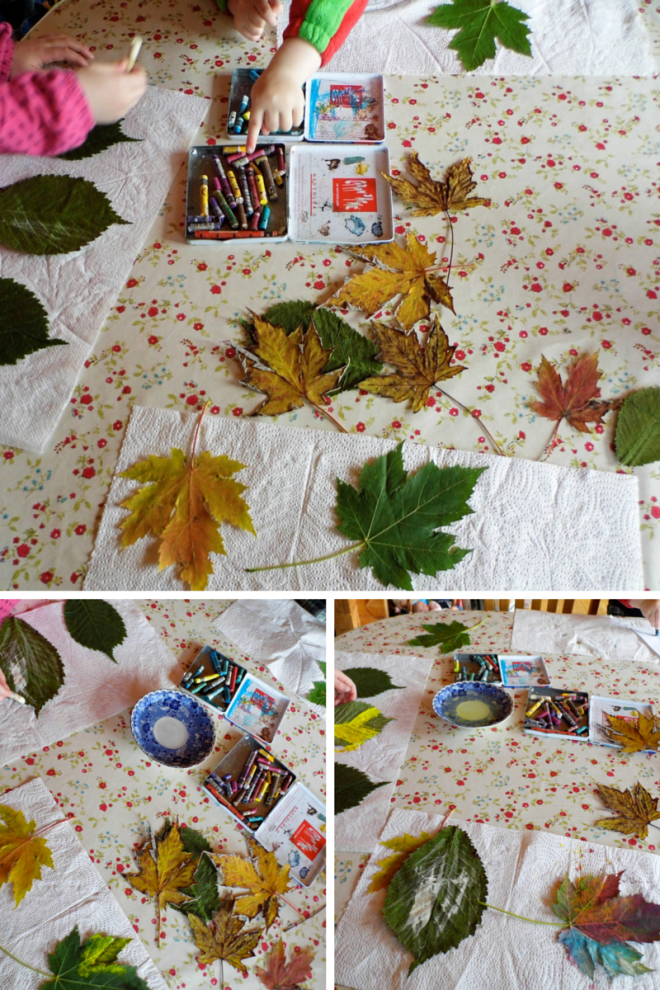 So it is with a certain relief when everything calms down again. Today Anna slept, as in, longer than ten minutes attached to me. Slept for a good hour and a half. It was like suddenly coming up for air. The relief. So we quickly grasped the opportunity and took out the leaves I’ve been pressing for a few days. I saw this post a while ago, and we embarked on a bit of experimentation. We painted/coloured with water-soluble Caran D’Ache crayons dipped in water. Then painted over with egg yolk and water to create a lovely waxy lustre. We pressed painted leaves onto paper, and pressed them onto each other. It was messy. It was such Good Fun. 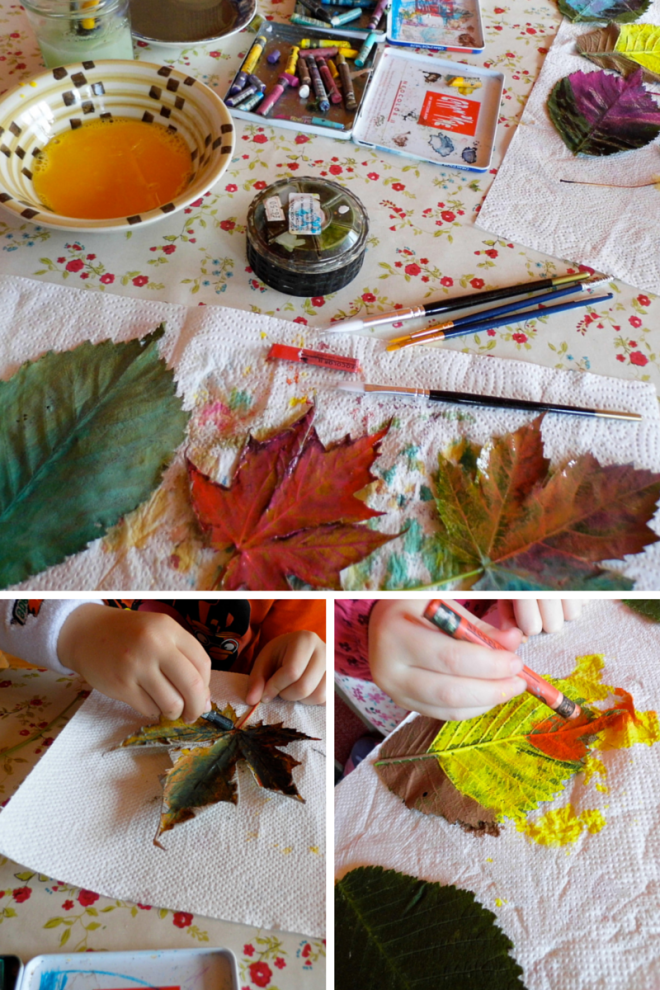 And after, when we had run out of leaves, and small ones had drifted off to the large pile of Lego, I took out the sewing machine and finished off these leaf Art Cards I’ve been slowly working on for the longest time: 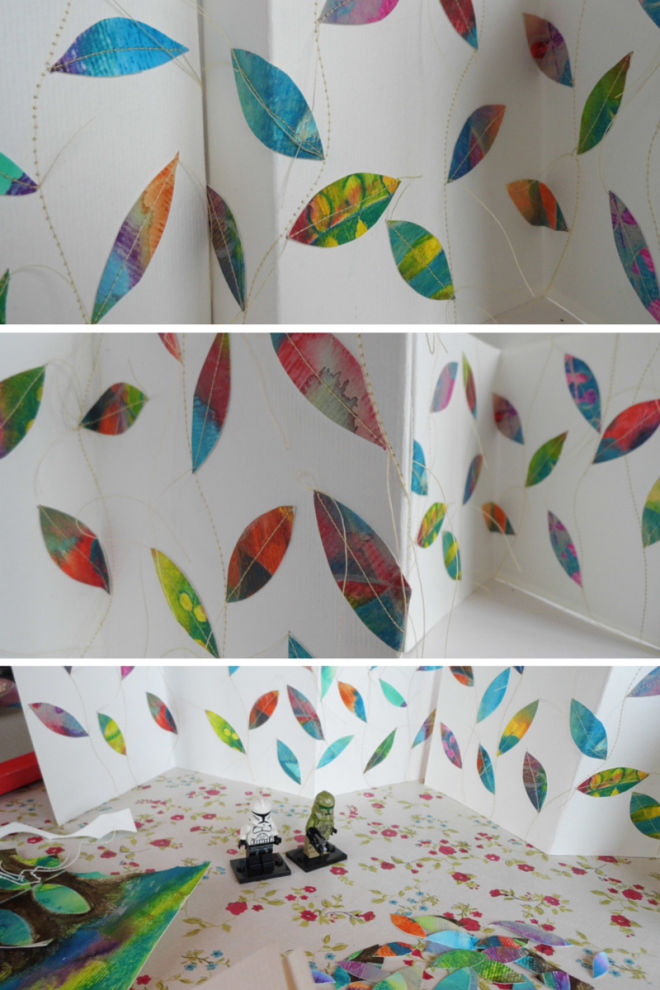 As a “thank you” to three people who were so thoughtful and kind to me in the past few months, and one for my Etsy shop. Time consuming, and pretty fiddly, but in all their glorious rainbow colours and stitchy-ness, I’m so, so pleased with them! (The Lego men in the final photo were deliberately and silently placed by a small boy as I set up the photo. He was extremely pleased with himself, so I couldn’t really leave it out 🙂 )