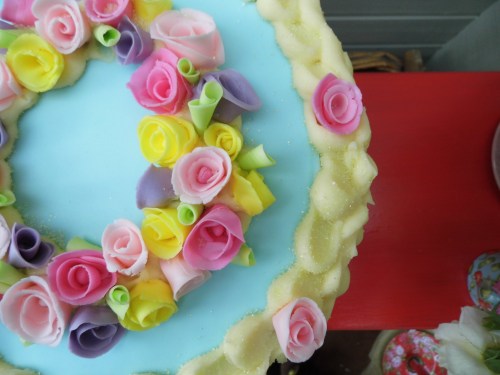 It was my sister-in-laws birthday party last weekend (a significant one) We were having a family celebration and I made the cake (my area of speciality!!) 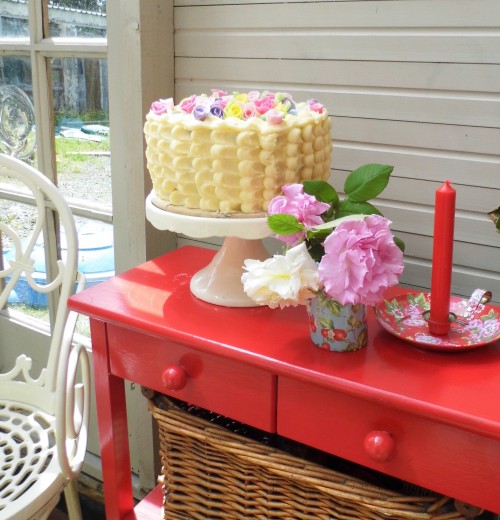 I made a buttermilk vanilla cake: this is a Nigella Lawson recipe, and I have used it often: it is sweet, but not too much so, and can hold the weight of icing where many sponges would falter and sink. I was sure I had blogged this recipe before, but I cannot find it, so here it is:

Sift the flour, baking powder, bicarbonate and salt together.

Mix the buttermilk (or yogurt mixture) and vanilla in a jug.

Pour into the tins and bake for about 30 minutes or until well risen and pale golden brown. Let sit for ten minutes then turn out onto a wire rack to cool. 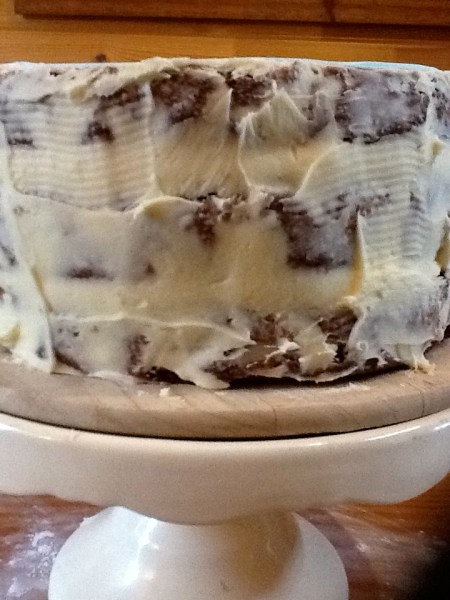 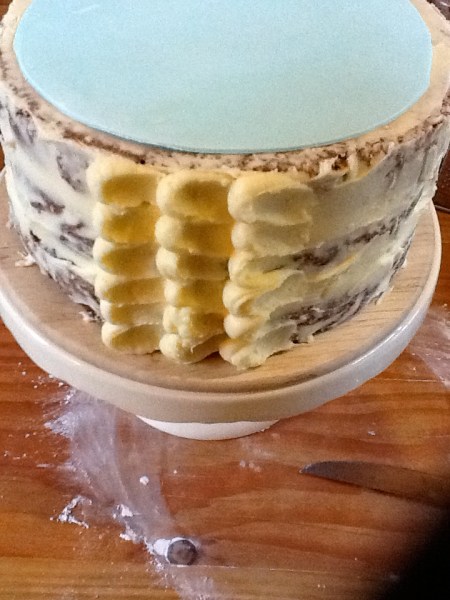 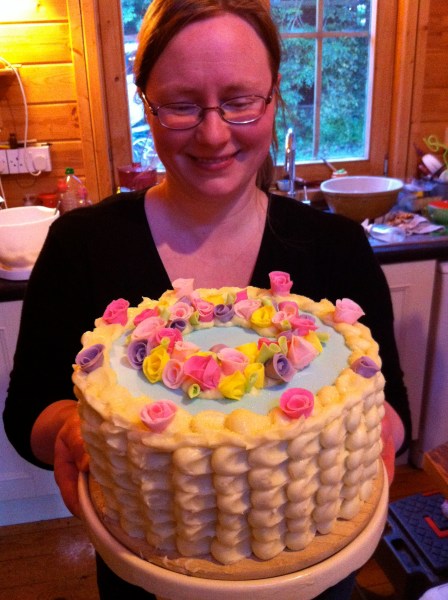 I made double this recipe, and made three cakes, in 22cm tins.

The icing was a combination of fondant/sugarpaste icing and vanilla frosting. The fondant roses I made the week before: I bought some coloured fondant and dyed plain white icing to get the colours I wanted. The roses are very simple: a quick search on YouTube will delight you with many techniques. The simpler the better: I made a cone of icing, then rolled a small ball which I flattened between two pieces of cling film, to make the thin petal. Then I wrapped these loosely around the cone to create the flower. 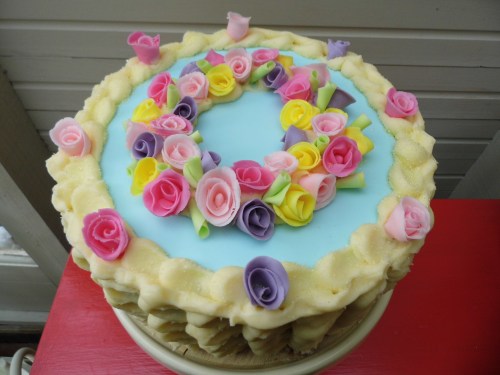 The frosting technique I saw on Pinterest a while ago: so super simple and so effective! I made up the frosting as per my instructions here.

Lightly cover the cake in a “crumb coat” which is a thin layer of frosting. Then, fill the piping bag, and pipe a line of blobs vertically down the side of the cake. Mine were approximately 2cm in diameter, and I fit six in a line. When you pipe the blobs of icing, spread it with the back of a knife or spatula. Then pipe the next line, spreading the frosting again. There will be a “seam” where the icing meets, mine wasn’t obvious, I was just careful to blend the icing when I came back around.

I rolled out blue fondant, cut a circle of this and placed it on the top of the cake, piped icing around the edges of this, and a circle of soft icing on the blue to hold the roses. Then arranged the roses in a wreath formation. Grace sprinkled some yellow sparkling sugar and we were done!