Ah, my Christmas cards. Yes. These have become a reality, almost 2 months later than planned.

This year, it would be really nice to actually post some Christmas cards rather than write them a couple of days before Christmas and see them into the New Year languishing on the dresser (I did consider changing the date before you ask) 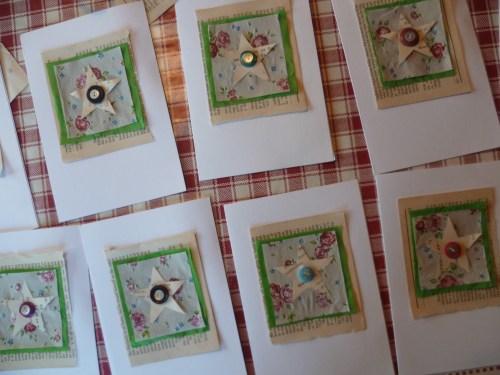 Anyway. A year later and I am now starting my Christmas-card-making far too late to send out of Ireland, but terminally late I shall have to remain yet again.

I believe, the only way to make any sort of cards for an occasion is in bulk. That means being prepared, having your stacks of materials ready, and having a production-line process going on. 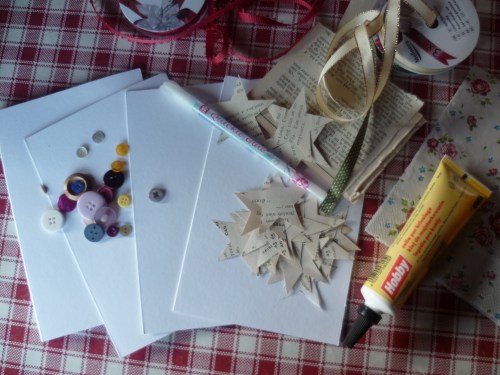 The materials I used here were those useful old book-pages (feature heavily in all I do!!), beautiful paper napkins, green tissue paper, buttons and stars I cut from old Irish books (with Gaelic script) 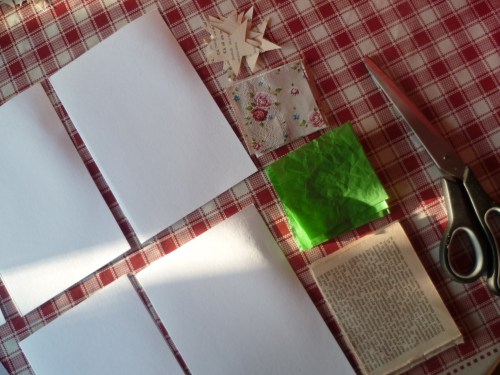 I lay out my cards and with a glue stick stuck down the book-pages, tissue, napkin, star and two buttons on top. 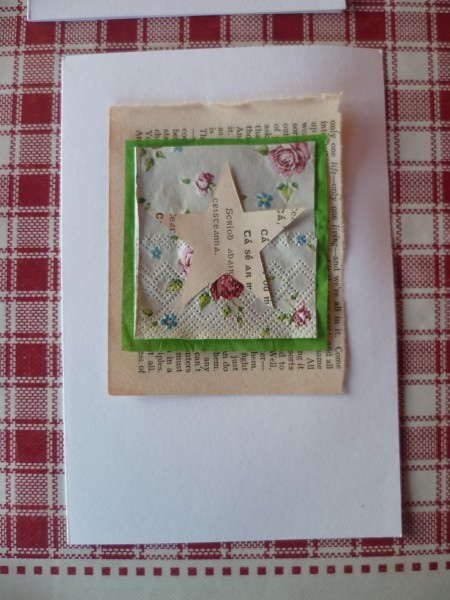 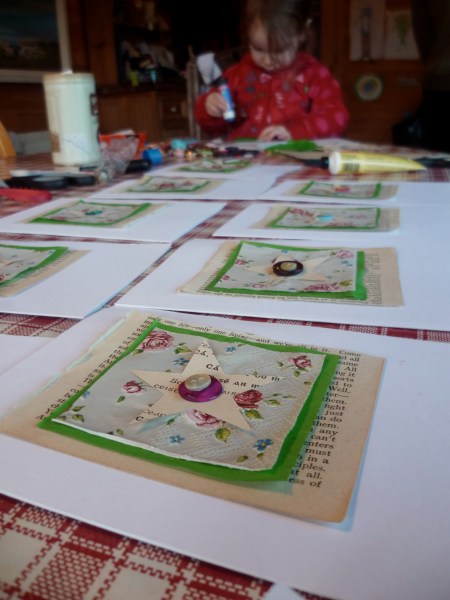 (I just LOVE the cards she made for her brothers)