The only positive is that I might get the house back into (semi) shape again and get some work done: holidays are just too delicious in their free-ranged-ness, easy pace and hourly tea breaks 🙂

We had no actual holiday-away planned, as everyone had too much they were working on at home to take a few consecutive days away, but it worked out perfectly: we had a few days out together, they were hugely enjoyable and enough.

(I had planned on putting them all in one blogpost, but the quantity of images could crash your computer, so I’m going to do them in shorter snippets)

We have been talking about taking a train trip for the longest time- the smallest haven’t been on a train before- so we decided to go to Galway city, which is less than an hour away (let me also mention here that the price of a family ticket was excellent, a considerable saving) 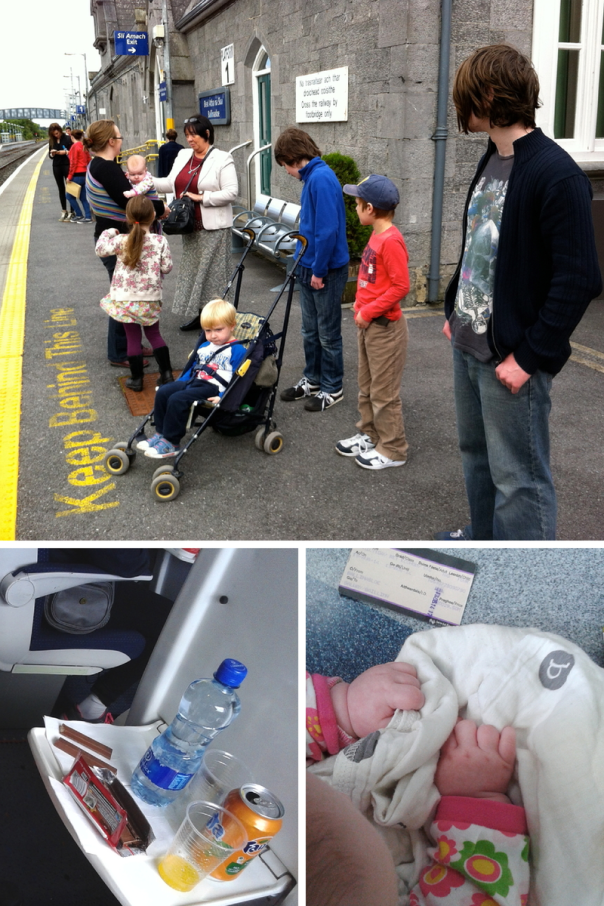 I remember my first train journey, I went with my grandparents; what I actually remember is the feast of food my Granny pulled out of her bag! I had meant to pack a similar feast, but the logistics of dragging it around Galway put me off, so we bought pure rubbish from the snack trolley instead: I was sitting with the three smallest on the way in, as the train was crowded; and they chose a “fizzy” between us and Kitkat. We don’t drink fizzy drinks at home, and I had mild palpitations that that much sugar would send them nuts, but thankfully it was didn’t, and the only negative of our little feast was the three fingers of the KitKat they didn’t eat welded themselves to the inside of my bag, decorating everything with a dodgy-looking brown mess…

In Galway, we wandered a little, had a look around, an early lunch before the crowds, and James and Liam bought themselves plastic swords. After an while, we sat in Eyre Square and James battled the “bad guys” (the trees): 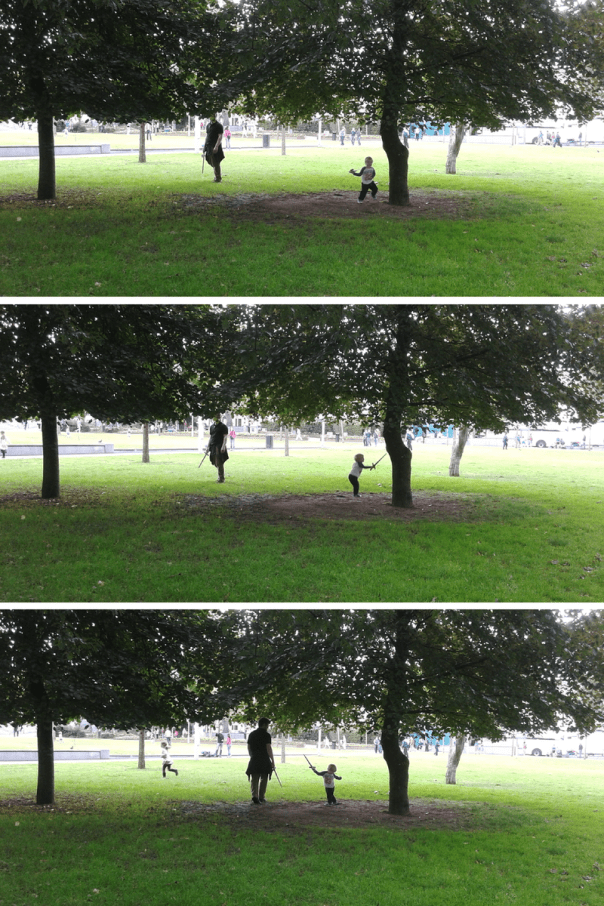 We met Fergal’s mother for tea and then meandered back to the train station. We got some seats together on the way back and some crisps from the snack trolley; so all in all, it was a lovely day! (And enough. Enough: I think I might use that as a mantra for our holidays anymore. I only want enough, nothing too much or too exciting, just enough. For children, there really is a case of enough being enough. There is a particular kind of easy bliss in enough-ness)