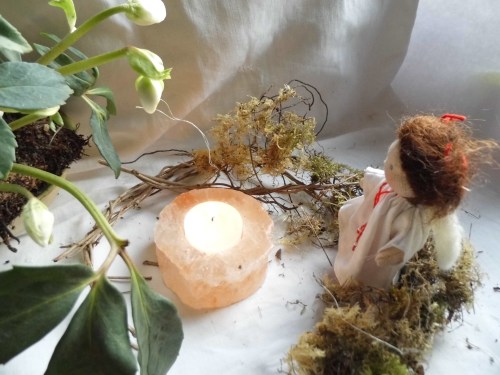 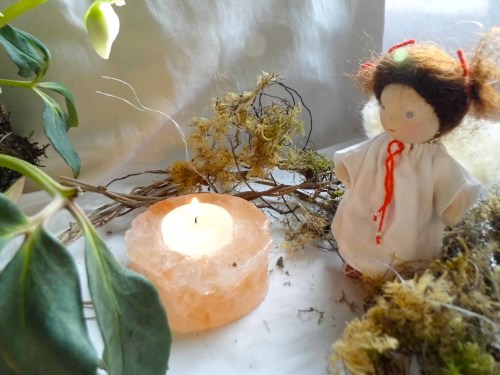 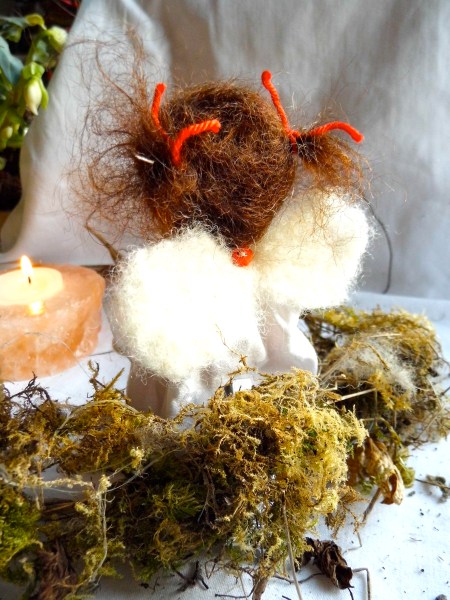 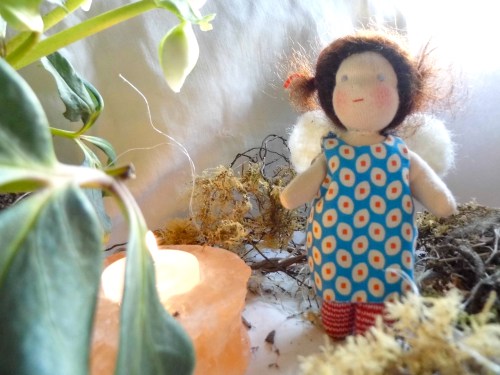 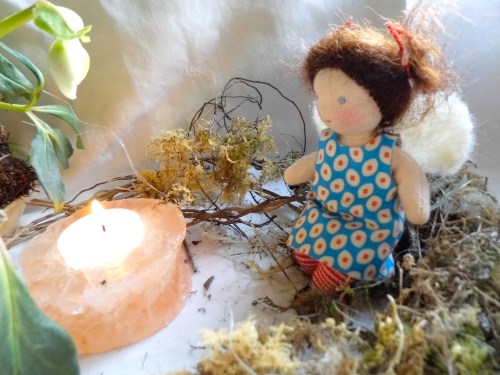 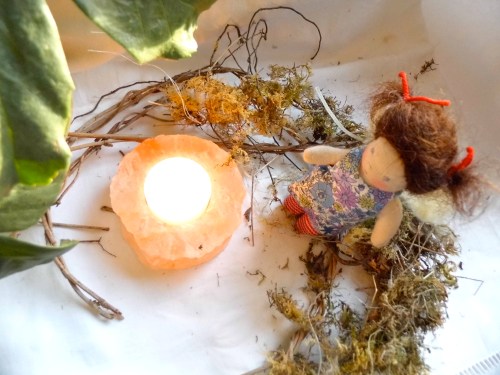 Today, the 6th of January, is known in Ireland as “Women’s Little Christmas” or “Nollaig na mBan”: traditionally the day where women could put their feet up and have a break after all the cooking and work of Christmas, and let the men do all the chores. I was talking to the children today and explaining about what it was and why it was called that. The boys were joking and saying that they would take over the cooking for the day (ha!) and be extra nice to me, when Grace paused from her window washing (!) and said “I’m a small little Woman too!”

I had planned on perhaps bringing Grace into town for tea and cake, but I was just too tired by the time Fergal came home, and the weather was simply appalling; so I made a little doll instead to mark her being “a small Little Woman”! 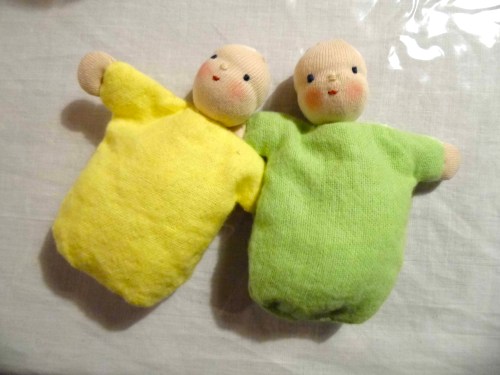 I made James one too and he watched me sewing with forensic intensity, making sure his green doll looked “happy” (the pressure) I have yet to make hats or wigs for them, because they were swiped from my hands as soon as the last thread was snipped, and he ran off in delight to give Grace hers (and came back a minute later looking for a “yourd” (sword) for his doll (sigh))

But I digress from the main point of this post. I was thinking of doing a giveaway before Christmas: I really appreciate every reader and every comment here; my Facebook “likes” were heading towards 400 (Facebook being a big driver of traffic to this wee blog), and then yesterday I spotted I had reached 400 likes without me even realising it! So, what with the day that is in it, and since I had planned on giving a “small little woman” away (one of my 4” Teeny-Tiny Waldorf dolls) it all seemed serendipitous 🙂 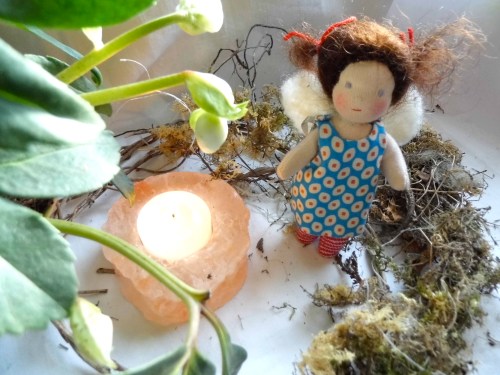 And here she is. A little 4” teeny tiny fairy doll. I put wire into her to give her some flexibility, but she is still very soft as it is well padded with soft new wool. Her hair is mohair yarn, tied in pigtails (bunches). She has a pair of red and white stripy tights, and two dresses: one white vintage-lined dress and a reversible cotton pinafore (which took far longer to make than the doll. I was having palpitations trying to finish it) Of course, she has little wings (decorated with a tiny red button) as she is A Real Fairy.

She is completely hand sewn- not a machine in sight!!- as are her clothes. If I figure out how to make little booties before the giveaway ends, I’ll add those in too. If the winner would prefer a boy fairy, I’ll try my hand at making him a pair of britches 😉

Would you like a chance to win?! There are plenty of ways!

I’ll be using a random number generator and the closing date is Sunday 12th January, 2014.  I am happy to post this Little One anywhere in the world!