I’m here typing with our little man in my arms- he is laughing in his sleep- something he does a lot: I am frequently woken at night with him gurgling and shaking with laughter curled up beside me

(if only he would remember his gaeity when he is screaming in the car. Clearly, we have discovered, he does not like the car 🙁  )

Yesterday was promised fine, but ended up a very damp squib- a bit like our entire summer and autumn this year…

But inbetween torrential showers, we had moments of extraordinary light: colouring everything golden. I took a trip out to the newly weeded hen run, where Flash II, the Cockeral (offspring of the very handsome Flash I) presided over his ladies (apart from Mother Hen, who is a bit of a feminist and takes none of his guff- just does her own thing, with her chicks in tow) 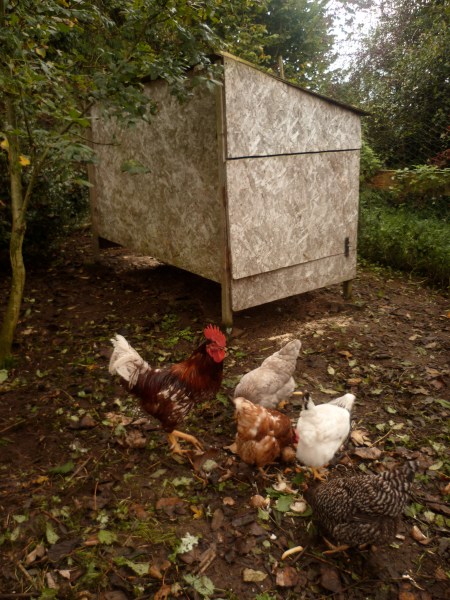 I have been delighted with our Virginia Creeper that took off over Pebbles’ dog-run this year- it is so beautiful this time of year: 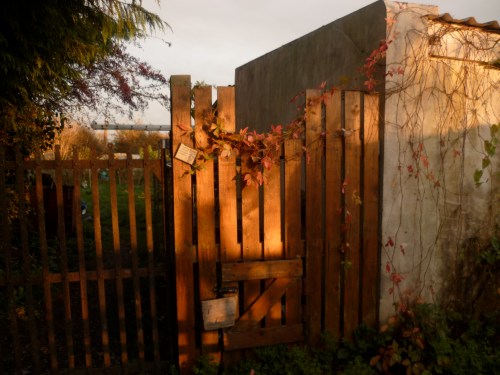 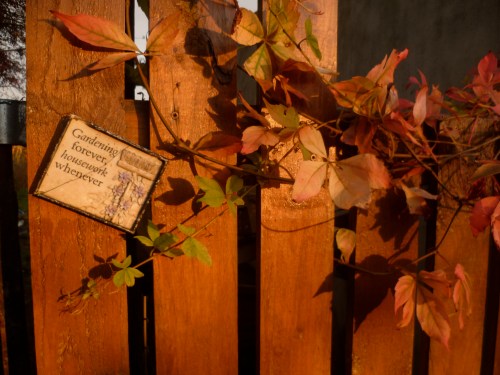 This is the time of year for apple tarts too; my friend Fiona brought out apples from her mothers garden (her mother, Mary, of “Marys Cake” fame), and when it came out of the oven, Michael noticed the cross in the centre had turned into… 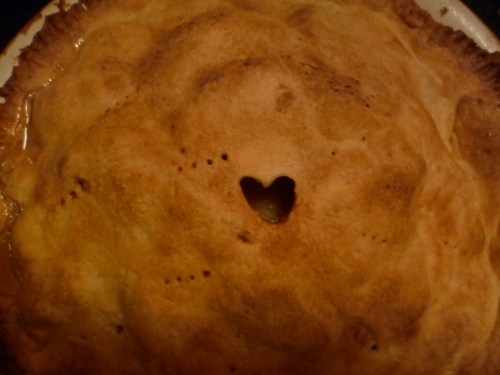 (I have to admit, I don’t like the Hallowe’en festivities at all, but love the pumpkin carving and baking) 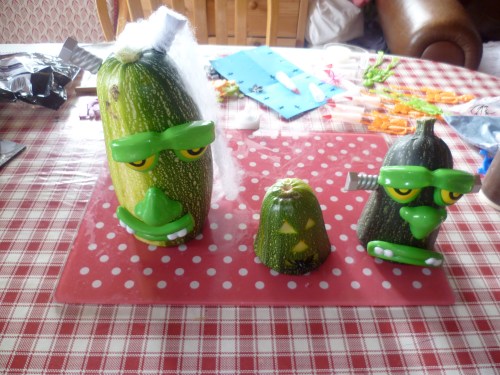